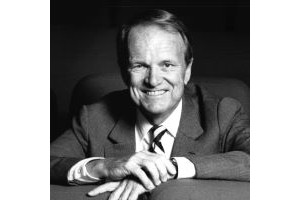 Celebrating Act 2’s Art Kirsch and John Coleman have an extended chat with George Stevens, Jr. about his newly published memoir. “My Place In The Sun.” The Book covers his showbiz family going back well over 100 years but more importantly the accomplishments of Stevens as he strikes out from under the shadow of his iconic master filmmaker father, George Stevens, Sr. (known for GIANT; Shane; A Place in The Sun; The Diary Of Anne Frank, etc). Stevens, Jr. is charming and frank as he relates the adventures which took him from Hollywood to Washington DC where over a long and unique career he was often the national connection between Politics and Art. His story not only details rubbing shoulders with Hollywood Stars and powerful Politicos but gives a personal perspective of history we all share–from WWII through the 20th century to present day. This interview will give you a fun sense of the author and his stories as well as tease of some of his most notable accomplishments. But it is only a minor preview of the depth and richness of his memoir. At almost 500 pages and with a carefully curated index of 28 pages, this book is for both the serious student as well as anyone looking for a fun, breezy look behind the curtains of film and politics.

George Cooper Stevens Jr. is an American writer, playwright, director, and producer. He is the founder of the American Film Institute, creator of the AFI Life Achievement Award, and co-creator of the Kennedy Center Honors. He has also served as Co-Chairman of the President’s Committee on the Arts and Humanities.

George’s memoir, “My Place In The Sun” is published by University Press of Kentucky and available at all fine bookstores.
For more on George Stevens, Jr. go to https://en.wikipedia.org/wiki/George_Stevens_Jr.

Also, Visit our website www.CelebratingAct2.com
Celebrating Act 2™ is the User Manual For The 2nd Half Of Your Life
…And please subscribe to our Channel on YouTube/CelebratingAct2 to see all our new videos when they premiere – over 5 per week!