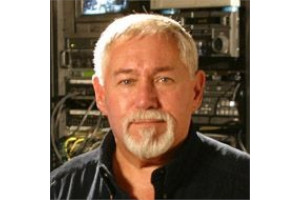 John Coleman started in New York at NBC network as a Page on the Today Show while attending graduate school at Columbia University and went on to work in programming at four TV stations around the U.S. creating, producing, directing and distributing shows of every kind as well as being a pioneer in interactive television (anyone remember Qube TV?). All of this after a career as a professional child actor!
I’ve produced and/or directed over a thousand hours of programming of every kind, including live events, entertainment and sports which tend to be large productions and often unique. One example I’m proud of is the Monterey Historic Automobile Races which aired on Speed Channel. We had a 15 year run producing TV coverage of that annual event at the 2.2+ mile Mazda Raceway Laguna Seca. Over the years we generated a variety of programs from it: long-form documentaries; 60 minute event coverage; numerous 30 minute individual races; even seven hours of live-via satellite over a two-day period. Capturing not only the hundreds of cars racing on a 2 mile track, but the pageantry and the people takes a lot of everything: technology including literally miles of camera cable, technicians, talent, and production staff! On average, 17 cameras were deployed. We would approach it like a small army going on bivouac. But all the logistics and technology had to serve the story. The story of that event is one of competition, living history and dedication to preserving historic race cars, many of them museum quality. When you can keep a gig for 15 years you know you’ve done a good job.

BELOW ARE SOME EXAMPLES OF OTHER PROJECTS JOHN'S WORKED ON