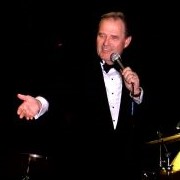 Unknown to many of the fans of his TV Acting, Bill A. Jones is also an accomplished singer. We would even say crooner! Celebrating Act 2 was fortunate to capture some of his nightclub act which he performs a few times a year. Backed by The A Players with charts by Paul McDonald, in this video Bill sings two great American standards; “Im Getting Married In The Morning” (Lerner & Lowe) and “Fly Me To The Moon.” (Bart Howard) You don’t have to be over 50 to recognize these songs but if you love music we’re sure you’ll appreciate Bill’s great style in delivering them in his own unique way!